Philip R. Daniels is Market President for Vermont/Upstate New York. He began his banking career at Howard Bank in 1982 as a management trainee. After serving in roles of increasing responsibility, he eventually became president of Howard Bank, and later served as president of Banknorth Vermont.

Mr. Daniels is a member of various bank action committees and is involved in several community initiatives, including Chair of the Vermont Chamber of Commerce board, Founding member of the Vermont Chamber of Commerce Foundation, Board member of the YMCA, Co-chair of the YMCA capital campaign, Member Vermont Business Roundtable, Member Early Promise Advisory Board for the Boys and Girls Club, Member University of Vermont Cancer Center Community Advisory Board and The University of Vermont Medical Center Foundation.

In 2004, Mr. Daniels was named the Distinguished Citizen of the Year by the Boy Scouts of America; in June 2005, he was recognized as Vermont’s Community Banker of the Year; and June 2009, he received the prestigious Multiple Sclerosis Hope Award for outstanding civic and community service. Mr. Daniels is a graduate of the University of Vermont.

Judy Lavely is Chief Financial and Operating Officer of Wells River Savings Bank where she has worked for 13 years. She has held various positions during her 40 year career of community banking at Vermont banks. She graduated summa cum laude from Johnson State College in Johnson, Vermont with a degree in Business Administration, attended the Northern New England School of Banking at Durham, NH and has acquired several diplomas and certificates through the American Institute of Banking (now CFT). Judy has served on various community oriented boards including Lyndon State College Foundation, Jay-Lyn Revolving Loan Fund and Lyndonville Rotary Club. Judy resides in Danville, Vermont with her husband David.

James Kisch joined Passumpsic Savings Bank on October 11, 2016 as Chief Executive and President. Prior to joining the Bank, he was Chief Strategy/Information Officer and Co-Founder for Continuity, a New Haven, Connecticut based cloud computing software company serving community financial institutions nationwide.  He is a graduate of the University of Minnesota-St. Paul and the Graduate School of Banking from the University of Wisconsin-Madison. Jim started his career in banking 30 years ago. Jim held a variety of executive positions in the banking industry for over fourteen years before joining the Minnesota Bankers Association, as President of the association’s Insurance and Service Division and Consulting Group, the association’s wholly owned bank compliance and IT consultancy Jim serves on the St. Johnsbury Athenaeum Board as Treasurer; as the Vermont Bankers Association’s Second Vice Chairperson; Chairman of the Board of Northeast Home Loan; Northeastern Vermont Regional Hospital Corporator, and is an active member of the Catamount Film & Arts, Northeast Kingdom Collaborative, and Plymouth State University College of Business Administration Advisory Boards Jim and his family reside in Waterford, Vermont.

Kathryn (Kathy) M. Austin is President, Chief Executive Officer and Director of Community Bancorp. and Community National Bank in Derby, Vermont, where she has worked for 37 years. She attended Champlain College in Burlington, Vermont, and graduated with honors from The New England School of Banking at Williams College and the ABA Stonier Graduate School of Banking at Georgetown University. In addition to serving as Trustee of North Country Health Systems and North Country Hospital for eleven years, she is a trustee of the Northwoods Stewardship Center, serving on both organizations’ finance and governance committees. She is the 2017-2018 Chair of the Vermont Bankers Association and serves on the association’s Executive Council and Government Relations Committee. Kathy has two grown sons and lives in Morgan, Vermont with her husband Shawn.

Clayton Adams became President and CEO of Mascoma Bank in January 2017.  He had served on the Bank’s Board of Directors for five years during which time he was a member of the Strategic Planning and Wealth Management Committees.

Mr. Adams joined Mascoma from Simon Pearce, a family-owned manufacturer and retailer of hand-crafted glass and pottery, where he had been CEO. Prior to that he was COO and CEO of Resource Systems Group (RSG), a firm specializing in transportation, environmental and market research.

Currently he is a Director of the Montshire Museum of Science, Alice Peck Day Hospital, Ford K. Sayre Memorial Ski Council and Vital Communities Corporate Council.  Mr. Adams’ community service includes being a past Chairman of the Delta Dental Plan of Vermont and Vital Communities.

Donald L. Baker, Jr. is Market Manager of KeyBank, N.A. in Vermont. His primary responsibilities include directing a team of bankers and leading the bank’s business development and relationship management efforts with institutions and companies with annual sales of $3 million to 500 million in Vermont, northeastern New York, New Hampshire, western Massachusetts, and Quebec, Canada.

Baker has worked in the banking industry for thirty-one years, including the past 29 years with KeyBank in Vermont. Throughout his tenure, he has been a trusted advisor to a large and diverse portfolio of clients that range from small businesses to large corporations and institutions. He has extensive experience in managing successful commercial banking teams and structuring complex debt transactions.

He serves on the Boards of the Lake Champlain Regional Chamber of Commerce and the Greater Burlington Multicultural Resource Center. He is also a volunteer coach for youth sports organizations in Essex, VT.

Thomas J. Gallagher became the President and CEO of the Peoples Trust Company in September of 2011. Prior to his appointment, Tom served as the bank’s Senior Vice President and Senior Commercial Loan Officer and has held various positions within the institution during his 15 year career. Tom continues to participate on his family’s farm. An Accounting graduate of Champlain College, Tom has served on various community oriented boards including the United Way and St. Albans Rotary Club.

Michael L. Seaver currently serves as Vermont President of People’s United Bank; a $31 Billion diversified financial services company based in Bridgeport, Connecticut. Michael’s 32-year banking career began in 1981 when he joined Chittenden Bank after graduating from Saint Michael’s College in Colchester, Vermont with a Bachelor of Science in Business Administration. Michael is a member of the Board of Saint Michael’s College, Shelburne Museum and the Vermont Business Roundtable. He is also a Trustee of Mayo Healthcare, Inc. in Northfield, Vermont. He is Past Chair and a member of the Executive Committee of the Vermont Bankers Association, as well as Vice President of the Board of United Way of Chittenden County.

Bryan Young is the CEO of The First National Bank of Orwell, where he is the fifth generation of his family in leadership of the Bank. Prior to his appointment in 2016, he served as Vice President and CFO. He earned a bachelor’s degree magna cum laude in Geography and Economics from the University of Vermont and a master’s degree in Finance, Investments and Banking from the University of Wisconsin-Madison. Bryan serves on the board of Addison County Home Health and Hospice as Treasurer, and participates in various musical endeavors, including the Bristol Band, the Middlebury Community Wind Ensemble, and the Orwell Town Band. He lives in Orwell with his wife, Sheri, and their sons, Nathaniel and Asa. 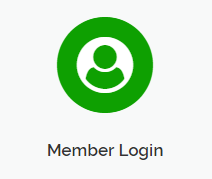